Humminbird MEGA Side Imaging vs Lowrance SideScan vs Garmin Side Vu: Which Is the Best?

Fishing is not as easy as it sounds. People often imagine that fishing means sitting on a boat with their line going into the lake, waiting for a fish to bite.

However, that is not the case. Yes, there are lots of fish in the sea, but there are times when these marine animals seem to have just abandoned the waters and decided to be in a different habitat.

When faced with difficulties like these, those who know the fishers' ways also understand that a fish finder is one of the best tools they can have in their arsenal.

The problem with that is fish finders are one of the most complex subjects when it comes to fishing.

The primary reason is that many different manufacturers developed their own fish finders. It came to the point that the differences between their products vary significantly.

No need to worry, though, because that’s what we’re here for. We always want the best for you, so we’ve chosen three of the best side-imaging fish finders in the market and compared them.

In this clash of some of the best fish finders, we will dissect the Humminbird MEGA Side Imaging vs Lowrance SideScan vs Garmin Side Vu to help you decide which of these giants will definitely help you in your fishing adventures. 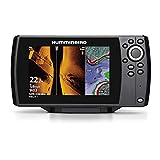 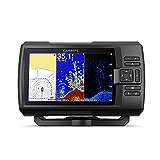 To determine which of the three side-scan fish finders is the best of the best, we must first break them down to their most essential components.

We will talk about each of these devices’ sonar technology, their screen display, and how it affects the user and all their additional features that the user may find helpful.

Since these products have their unique features and are top of the league, taking an in-depth view of each of them is the only way to find out which is the best fish finder among them all.

Don’t worry. We will help you narrow it down, and by the end of this breakdown, we’ll crown the ultimate fish finder.

The first thing we need to compare these products is the most important one: sonar technology.

Sonar technology is the function of each of these fish finders that determines the capability of the entire device.

By optimizing their sonar technologies, fish finders can do what they do best, which is to find fish.

The Humminbird high-frequency sonar technology gives you a one hundred and eighty degree perspective on what happens below your boat.

The Humminbird MEGA Side Imaging simultaneously scans the area from both the left and right side of your boat for up to four hundred feet.

That gives you a total of 800 feet coverage from your boat’s location.

The Lowrance SideScan utilized a multibeam technology in giving you a three-dimensional view of the structures and fish underneath your boat.

The Lowrance multibeam technology can give you total coverage of up to 600 feet from both sides of your boat by repeatedly emitting acoustic pulses.

Garmin Side Vu uses the CHIRP sonar technology to scan the surrounding area and provide a clear image of the structures and fish spots below the water.

Garmin Side Vu sends acoustic pulses ten times every second to keep the status of the area updated in real-time.

The CHIRP sonar technology used by Garmin Side Vu can scan an area of up to 500 feet from both sides of your boat.

The sonar technologies utilized by these three products are undoubtedly of high quality and almost ahead of their time.

That said, despite each of them being extremely helpful, we’re here to determine the best one for you.

For the solar technology feature, we strongly believe that the Humminbird high-frequency sonar technology goes to the top of the list because it has the most extended range among the three with up to 800 feet of total coverage.

No matter how powerful and updated your sonar technology is, the truth is that it would be of little to no use without a full-screen display.

The screen functions as a translator in providing you with information about the structures and fish scanned by the product’s sonar technology.

The Humminbird MEGA Side Imaging has upgraded display and customization that allows you to adjust the entire display according to what suits you best on your current situation.

You can personalize the display and choose from 12 color palettes while also adjusting the sharpness and sensitivity of the image.

This will help make sure that your screen matches the conditions of the water below, to allow you to see structures and fish more clearly.

Aside from that, Humminbird MEGA Side Imaging also has range lines in their display to give you the exact distance of the things scanned by solar technology.

It can provide you with the distance of items up to 90 feet from both sides of your boat.

You can also use the split-screen mode to display other Humminbird imaging and sonar devices.

Lastly, the Humminbird display is also capable of zooming the image to various magnification levels to see even the tiny details.

The Lowrance SideScan uses a SmartTarget view to provide a crisp image of what is scanned by solar technology.

In the Lowrance SmartTarget, you can easily identify fish from structures because of the highly detailed images displayed on your screen.

The three-dimensional view of the area can be easily tilted, panned, or rotated on the SmartTarget view for the best perspective.

Garmin SideVu utilizes a widescreen display with a resolution of 1366x768 WXGA.

This multi-touch display allows you to identify fish from a structure quickly.

Aside from that, the Garmin multi-touch display is also pre-loaded with several coastal maps to ensure that you can easily work your way around various locations.

The data provided by the CHIRP SideVu is translated perfectly by the Garmin display to give you a clear image of the area below.

The multi-touch screen provided by the Garmin SideVu is definitely something to look for, while the image provided by the Lowrance SmartTarget view is arguably one of the most detailed images you can get from sonar technology.

However, we believe that the best screen display would have to be from the Humminbird display.

It gives you crisp images, and the in-depth customization of the device allows it to adjust to almost all kinds of situations.

Lastly, we decided to list down some additional features from these three products that we feel might be worth noting.

We pinpointed some features from the products that help make them more accessible, and we believe also maximize the capabilities of the device.

Without further ado, here are the different additional features from the top three products.

Arguably one of the most important features you’d notice from Humminbird Mega Side Imaging Fish Finder, and probably one that you’d be glad you have because you’d most likely use it frequently, is a GPS location marker.

In fishing, you want to make sure that you found the perfect spot. Humminbird allows you to mark a particular area if you’d have to vacate that spot but would want to come back if needed.

Aside from the GPS location marker, we’ve mentioned that the screen allows you to show some other devices.

That’s because Humminbird MEGA Side Imaging Fish Finder is compatible with other Humminbird devices that you can add on your fish finding arsenal.

One of the best features that the Lowrance SideScan Fish Finder has to offer is perhaps its wireless network connectivity.

Instead of having to install various cables and drill holes in different spots in your boat, you can now share mapping, sonar, and all other data between Lowrance devices through a wireless connection.

We will bet that you have at least one smartphone with you. The best thing about the Garmin Side Vu Fish Finder is that you can control your device from a smartphone.

Thanks to the network compatibility of the Garmin Side Vu, not only can you connect other Garmin devices, but also iPhones and iPads.

Humminbird MEGA Side Imaging Fish Finder maintained its consistency in providing us with lots of different features, but what truly stood out from all these features is the Garmin Side Vu Fish Finder's network compatibility.

While it’s true that Humminbird’s GPS location marker is one of a kind, we strongly felt that Garmin’s capability to be controlled from a smartphone is the epitome of convenience.

Before we move on to the final parts of this battle, let’s review what went on and won the previous rounds. In the fight between the Humminbird MEGA Side Imaging vs Lowrance SideScan vs Garmin Side Vu, here are the different categories and the victor of each:

So far, our leading scorer is Humminbird MEGA Side Imaging, with a total score of 2 out of 3.

However, in deciding the best fish finder, the numbers are not the most significant thing but rather the overall quality of the product.

That said, here are the pros and cons of each of these products.

Humminbird MEGA Side Imaging vs Lowrance SideScan vs Garmin Side Vu

At last, we have arrived at the final stage of the battle. The time has come for us to decide and give our verdict on which fish finder is the best.

Deciding on the best fish finder is extremely difficult because the three products offer the best features you can expect from a fish finder.

After careful consideration of all the various aspects of the three products, though, we’ve decided that the fish finder that must be on top of the list is the Humminbird MEGA Side Imaging.

Not only because it has the most points, but also because of the gravity of the features the Humminbird MEGA Side Imaging offers.

We strongly believe that the Humminbird MEGA Side Imaging could maximize the data from its sonar technology to provide its users the clearest image possible.

Aside from that, the in-depth customization is truly one of the factors that tilted the fight in Humminbird’s favor.

Being able to change the palettes and the sharpness of the image is a beneficial feature, especially if you go on different kinds of lakes.

Its capability to mark various GPS locations will also definitely help in making sure that you get the most out of every lake you go to.

Although much improvement is needed in its connection capabilities, we still believe that Humminbird is the best option.

At the end of the day, it is not the number of features offered but the overall quality of the device.

We’re here to merely give you an idea as to what you’re going for.

With that in mind, we hope we were able to clarify some things about these products. Whether it’s Humminbird, Lowrance, or Garmin, it all depends on you. We’ll catch you later!